It’s #WayBackWednesday during #FashionWeek so we are exploring the current exhibition on-view in the History Gallery on the 3rd floor of The Grace Museum titled WOMEN’S FASHION EVOLUTION: 1900S – 1920S, FROM THE PERMANENT COLLECTION!

The Progressive Era, beginning in the 1890s, brought about a new era of social change in the United States. Corruption and greed during the Gilded Age after the Civil War sparked political, economic, and social activism to fix the impacts of rapid industrialism and political corruption.

Although women still held traditional roles as wives and mothers during the 1890s, the suffrage movement had already begun and women were gradually entering the workforce. Women wanted slightly less restrictive clothing – bustles were less common, dress skirts had less drapes and ruffles, and over the top Victorian style embellishments were becoming less common. Ready-to-wear manufactured clothing became popular versus time-consuming and expensive handmade clothing. However, dresses, skirts, shirtwaists with exaggerated puffed (gigot) sleeves, suits, and outerwear were still floor length and covered the arms. The hourglass figure with a very tight corset continued to be worn by most women at the close of the nineteenth century. 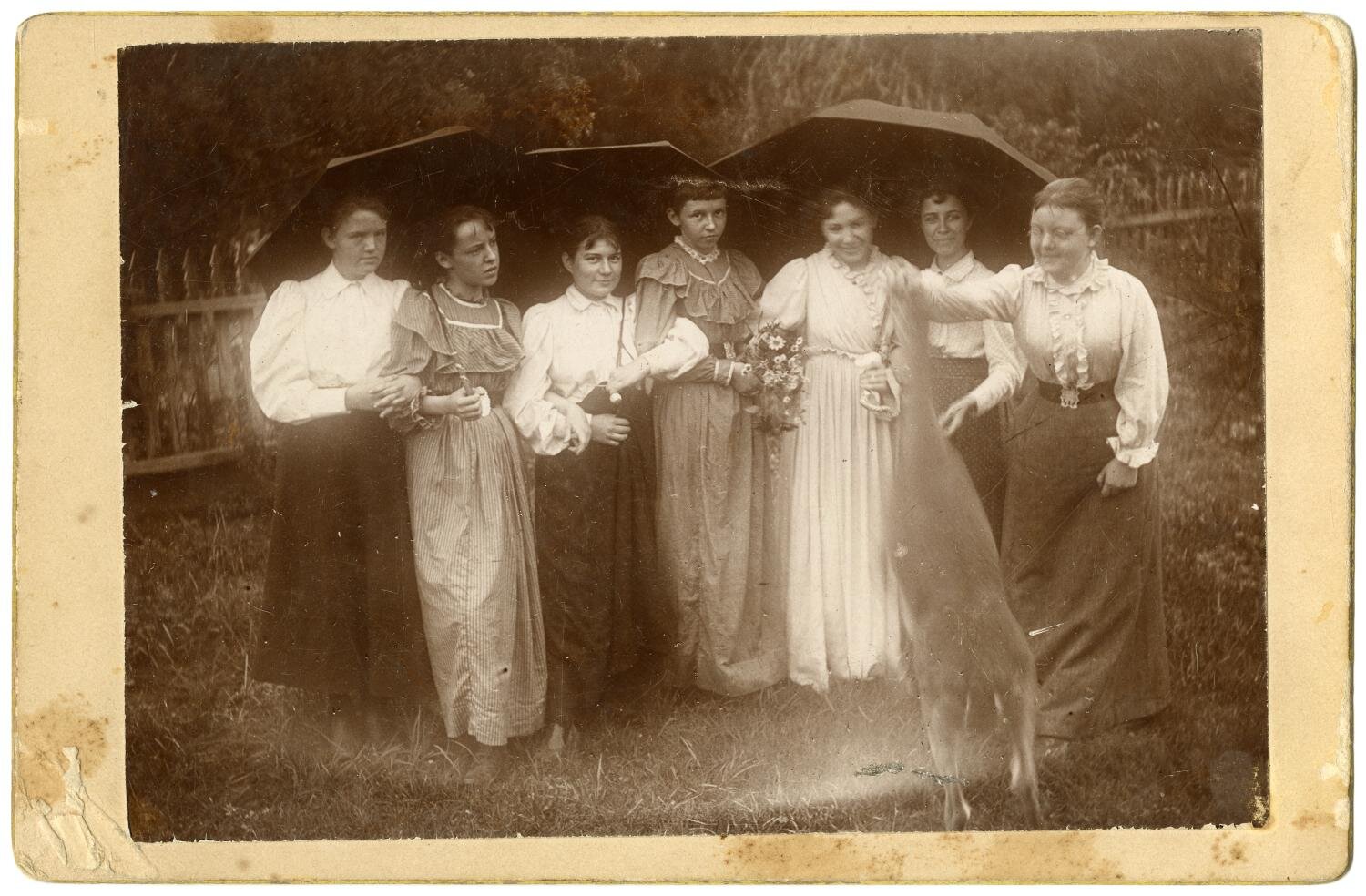 “…as an independent and often well-educated, young woman poised to enjoy a more visible and active role in the public arena than women of preceding generations. They agreed [writers of the 1890s and early 1900s] that the Gibson Girl represented the visual ideal of this new phenomenon. During her lengthy popularity, the Gibson Girl appeared in varied guises that highlighted her talents and interests as well as her beauty and social skills. As her star faded, the Gibson Girl’s active, vital persona paved the way for future icons, such as the flapper of the 1920s.”

The Gibson Girl wore a very confining corset that amplified the hourglass figure. Their puffed blouses with an A-line skirt was finished off with a pompadour hairstyle and large hat. The S-corset emerged in the mid-teens making the hourglass figure no longer popular. The corset pulled in the abdomen, pushed the chest forward, and pulled the back in to create an s-shape. This made way for a slimmer silhouette that dominated women’s fashion through the early 1920s. 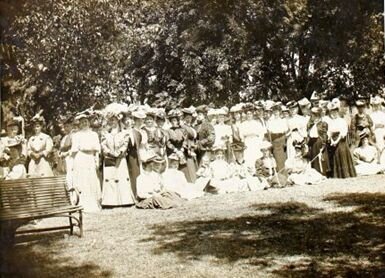 The decade between 1910 and 1920 was a definitive time for women in the United States. Although the push for the right to vote and economic and political equality was already making headway in the previous decades, the 1910s really became a turning point in social change for women. Women continued to enter the workforce, not just in domestic roles, but in manufacturing and business.

In addition, the First World War was the first time women of all classes served in the war effort through volunteer work, as nurses, filling jobs held by men at war, and official war organizations. It was also the first time women wore an official military uniform. (See National Museum of American History, Women in World War I). 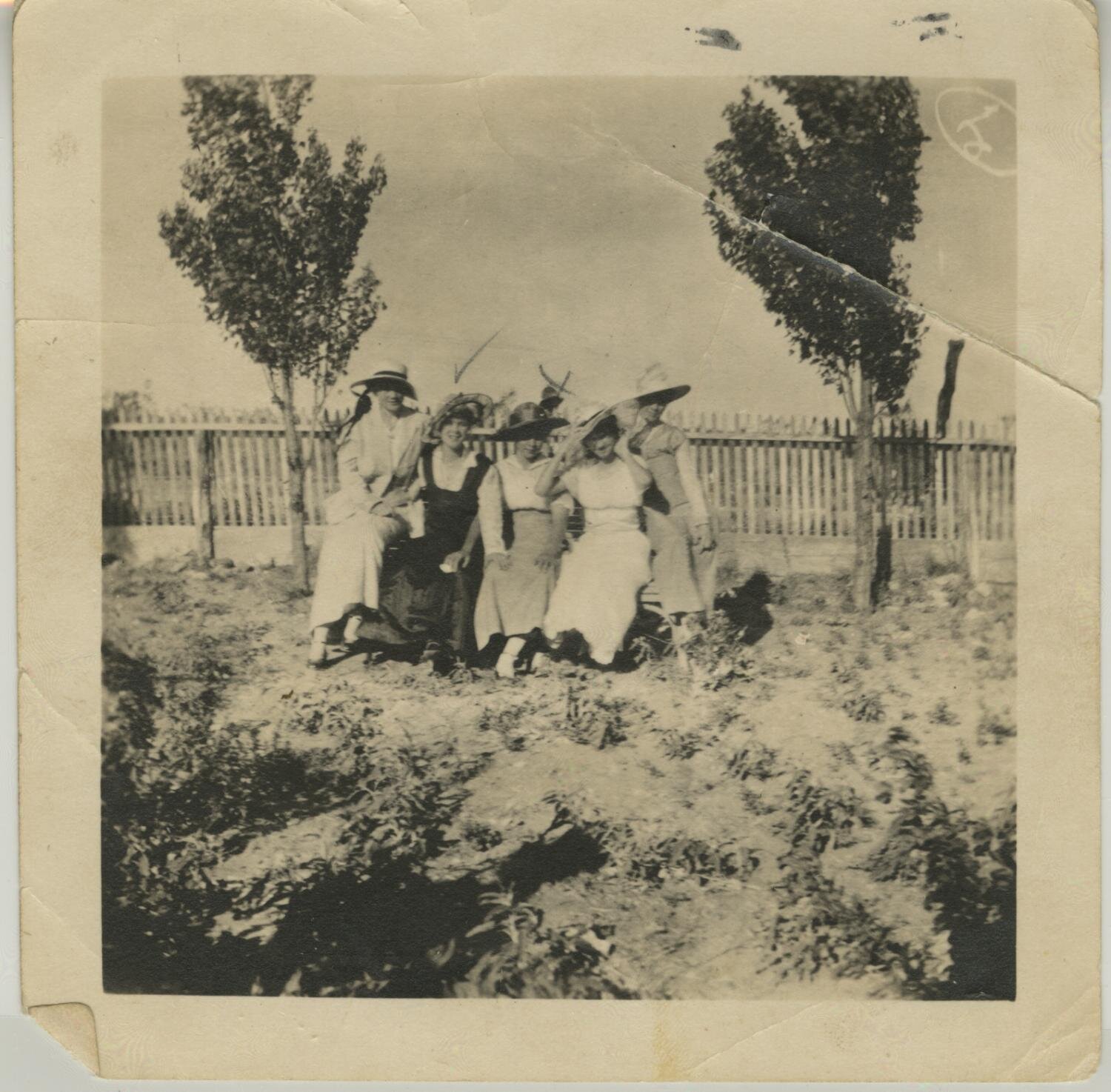 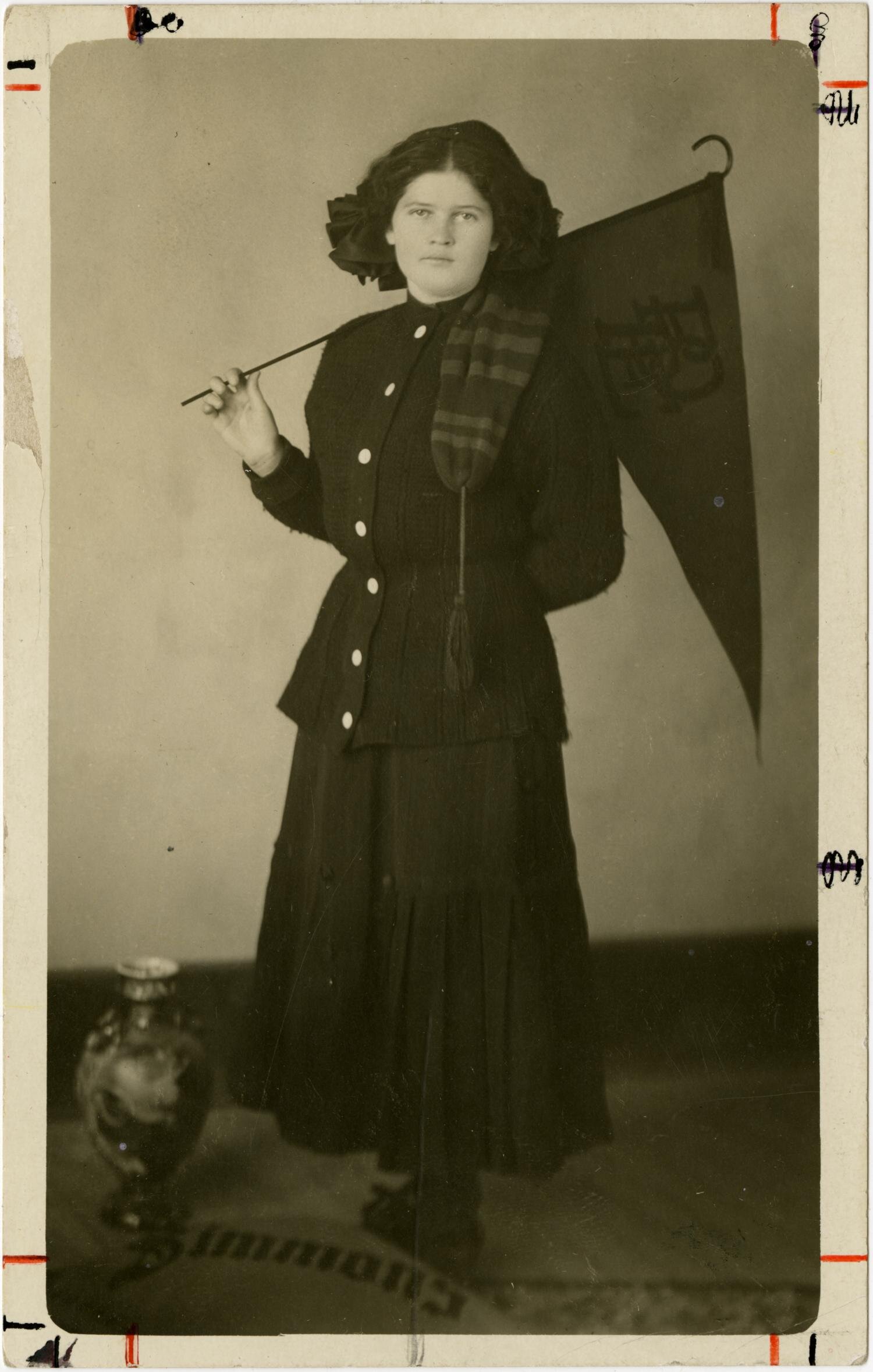 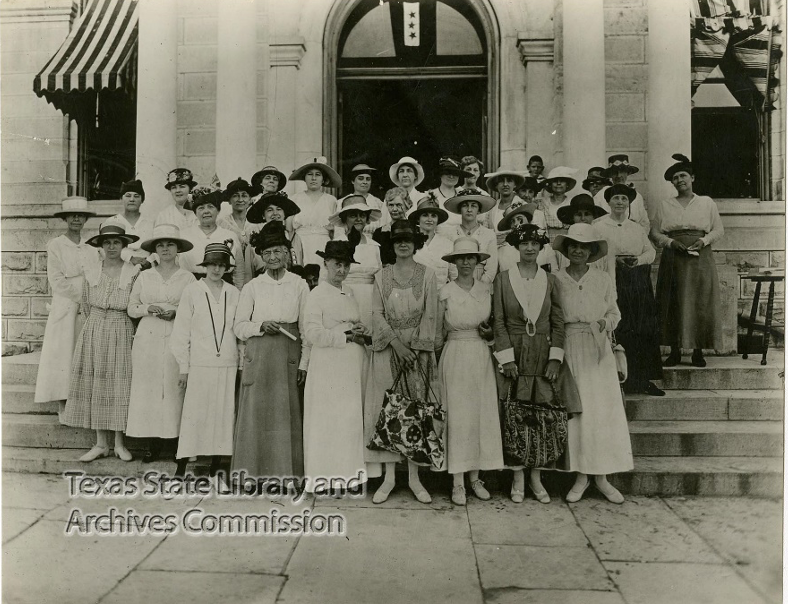 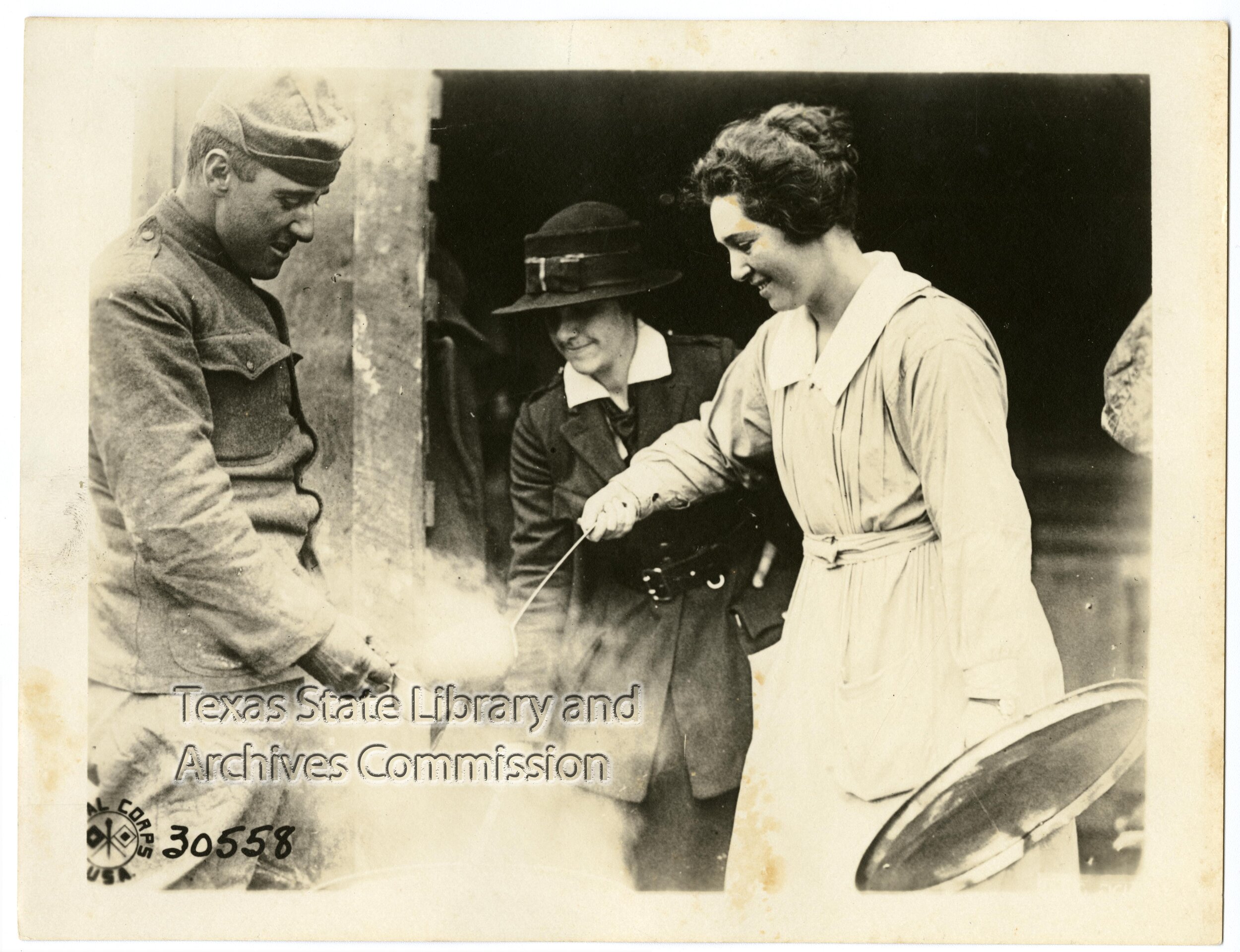 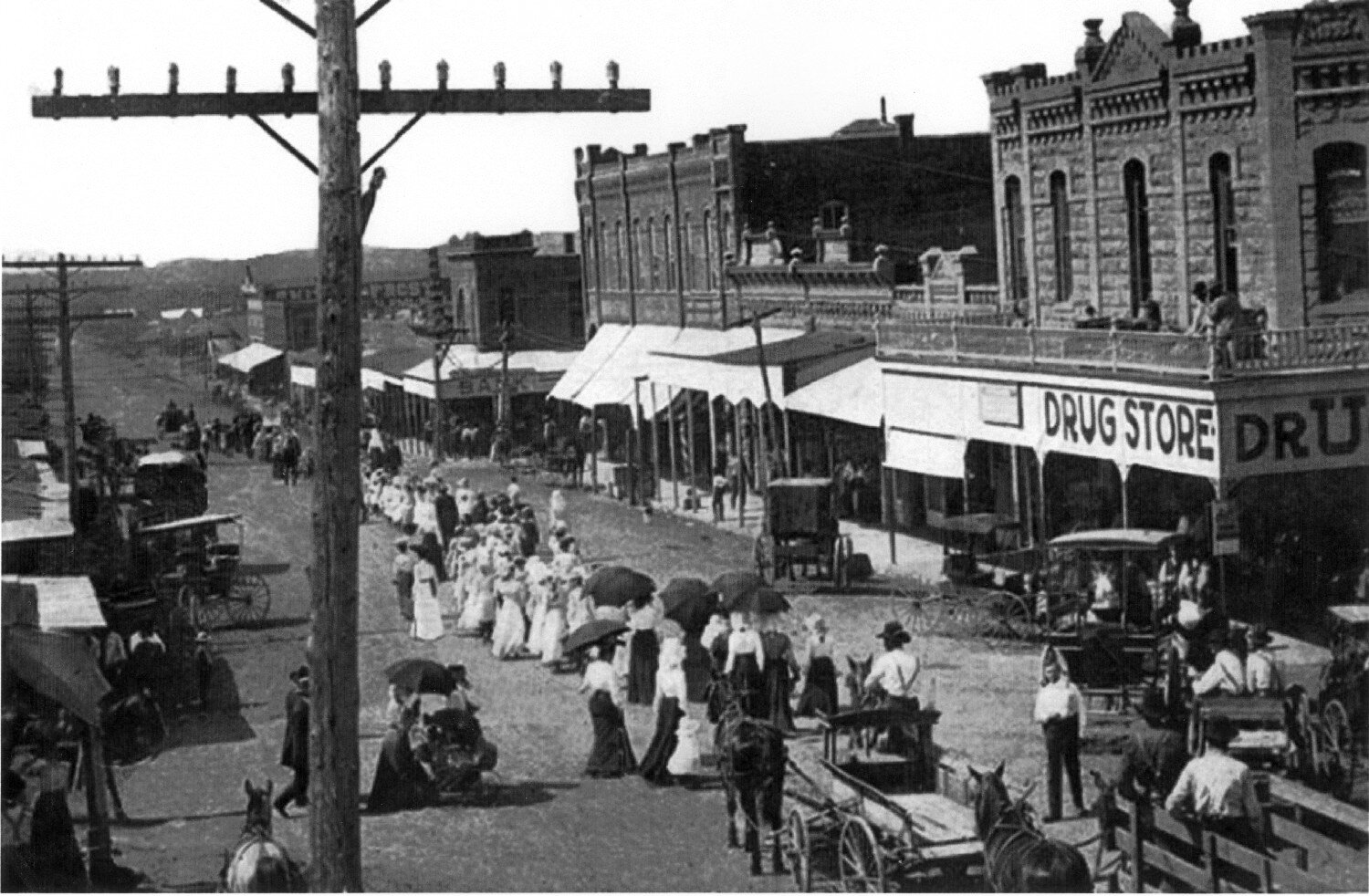 Fashion trends changed dramatically in the 1920s from the structured Edwardian and Gibson Girl clothing to a shorter and more fluid silhouette. There were several reasons for this fashion evolution rooted in the social and political revolution for women. The passage of the Nineteenth Amendment allowed for many “changes in the family and sexual mores, women’s participation in the workforce, and the political activism of these newly enfranchised citizens” (Lynn Dumenil, Organization of American Historians Magazine of History, July 2007).

New and modern lifestyles for younger women and a fast-paced society with economic prosperity in the United States and in this region also contributed to the need for more functional clothing.

Clothes reflected a changing society. Women wore simple, boyish styles that eliminated the need for boned corsets and they bobbed their hair. The styles allowed for freedom of movement that the dress reformers of the past never dreamed of. 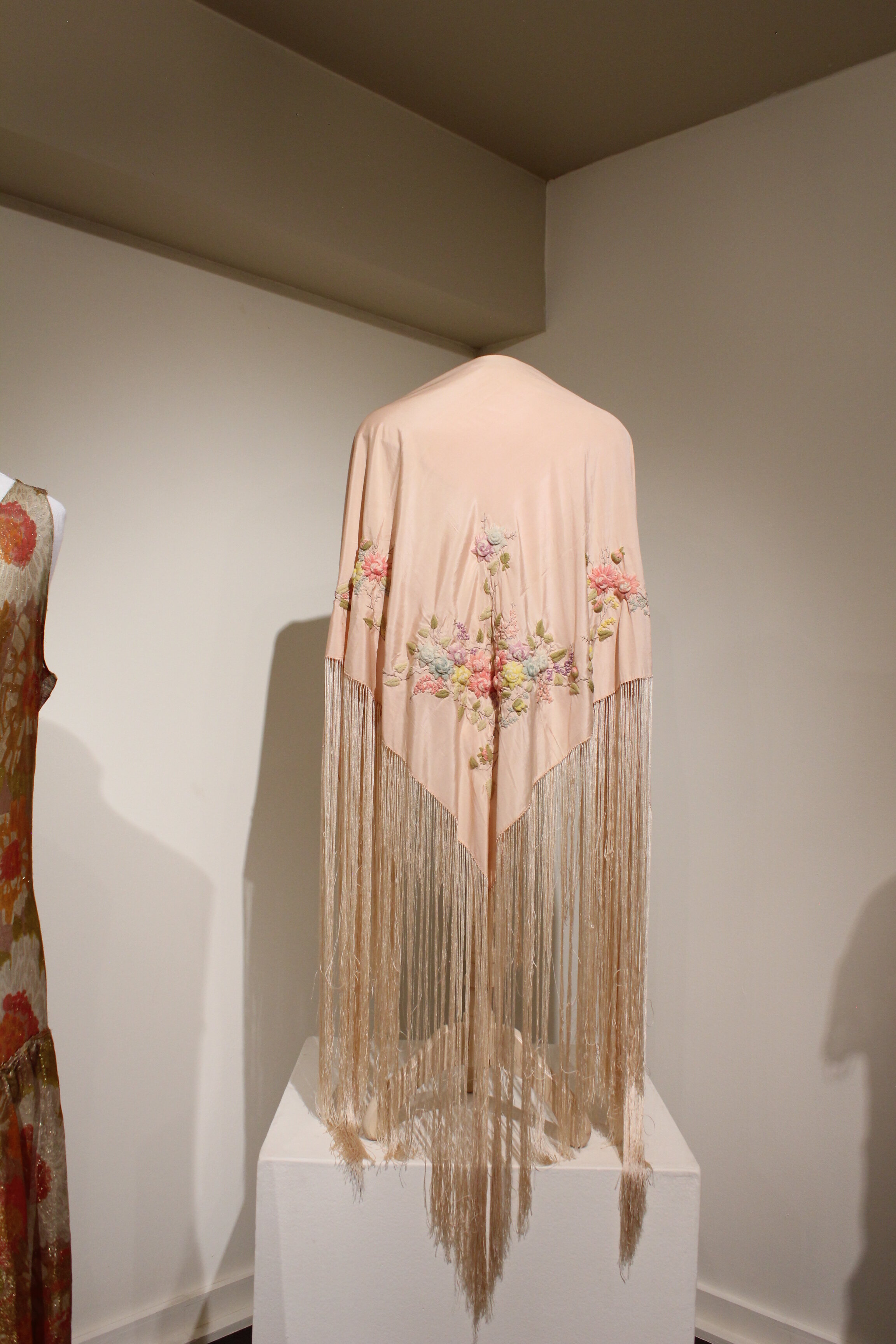 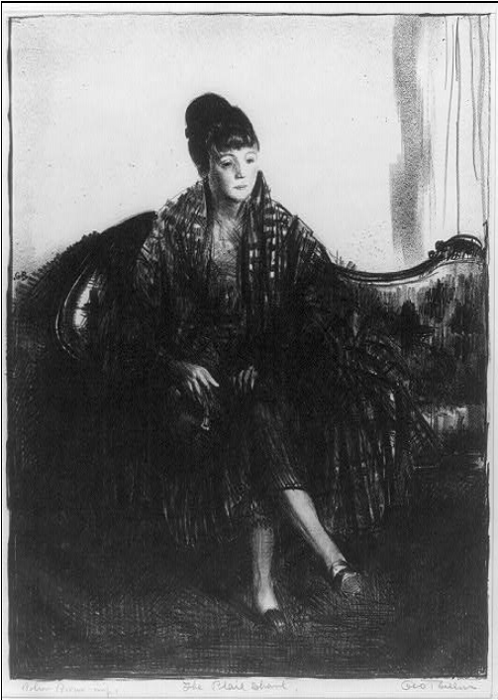 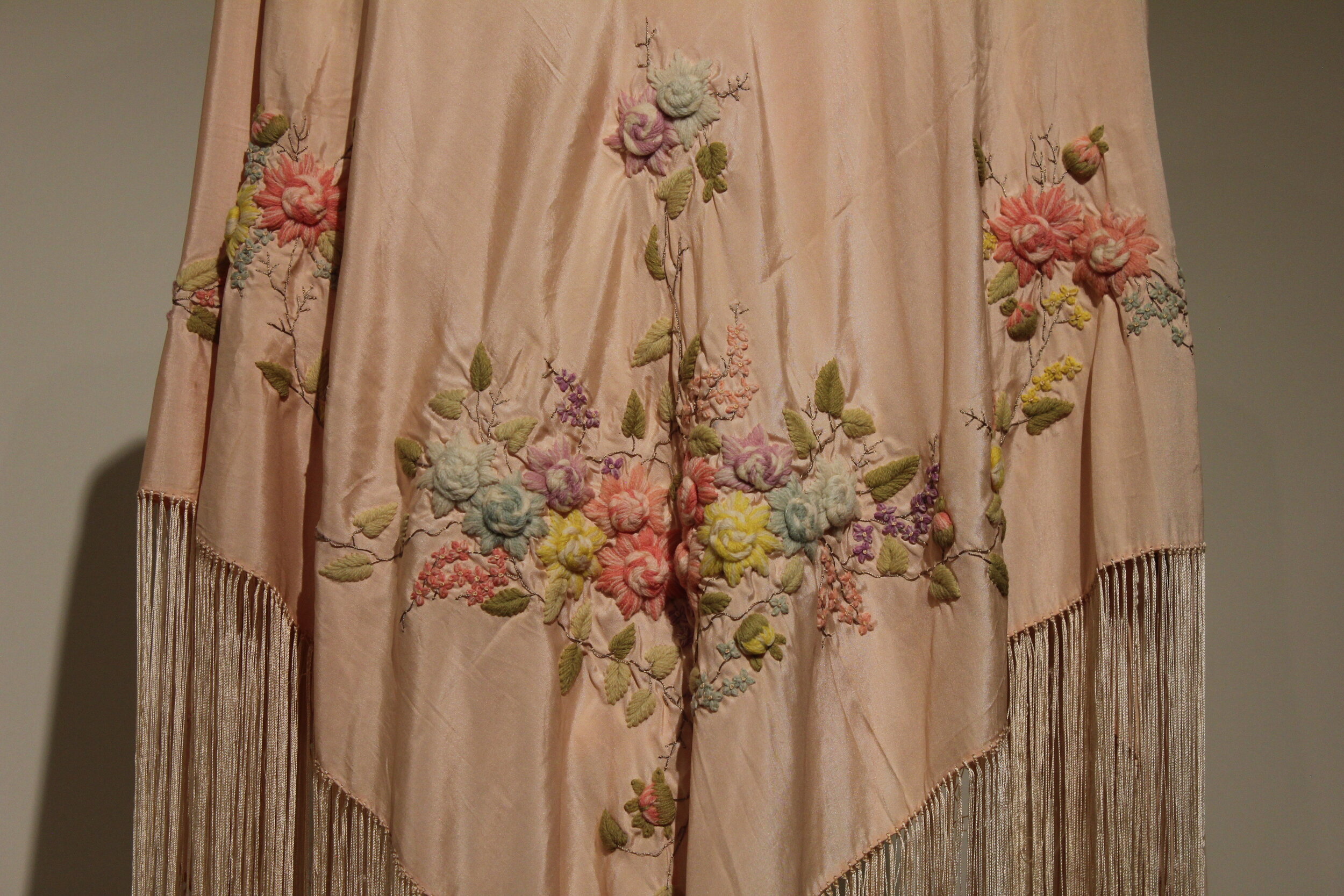 The “flapper” also helped to further define 1920s fashion as Jazz music influenced the style of the “young, adventurous woman who experimented with her new-found freedom and lifestyle, and of course, swayed to the music” (Hannel, Twentieth-Century American Fashion, p. 57). The passage of the Eighteenth Amendment, which prohibited the manufacture, transport, and sale of alcohol, created a new phenomenon of speakeasies in urban areas and an excitement of drinking, although illegal, and dancing the Charleston. Hemlines rose to allow for easier movement while dancing and added fringe and beading created a dramatic effect.

Not all American women were flappers, however, the flapper style did influence clothing for women overall. Coco Chanel helped to define women’s clothing in the 1920s with her “Garçonne Look” – the boyish shapeless dress with a dropped waistline. Most of the party dresses seen in this exhibition and in the image to the right are examples of this style inspired by the flapper. 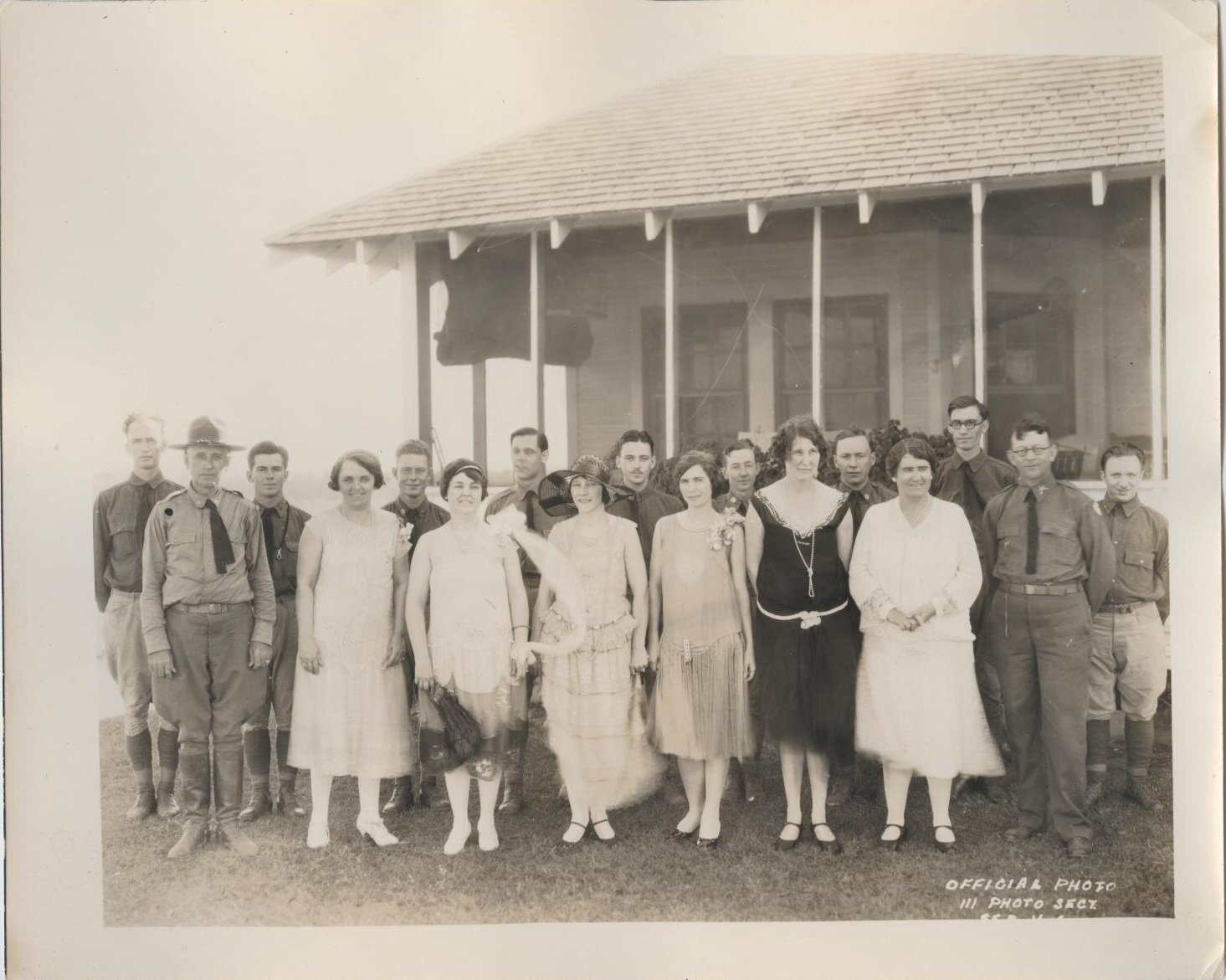 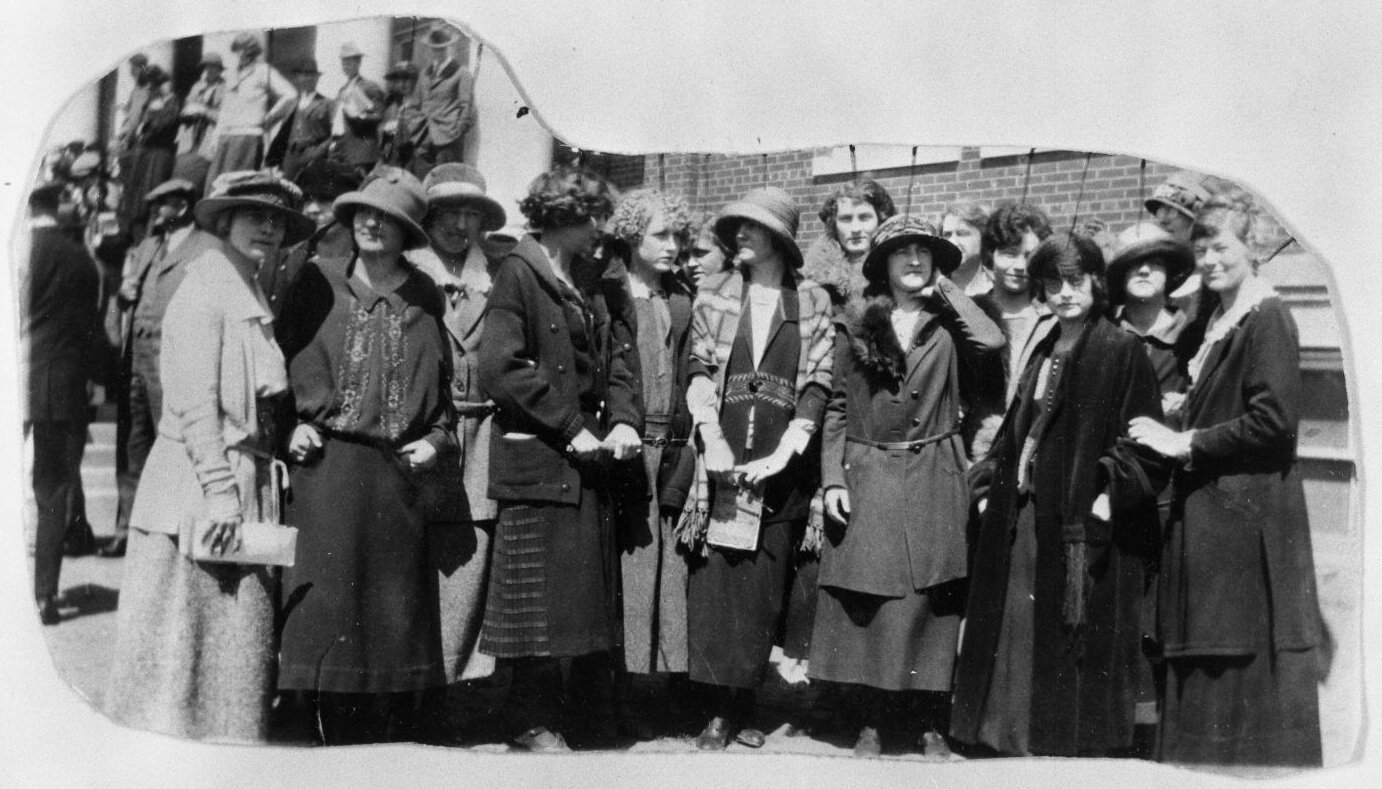 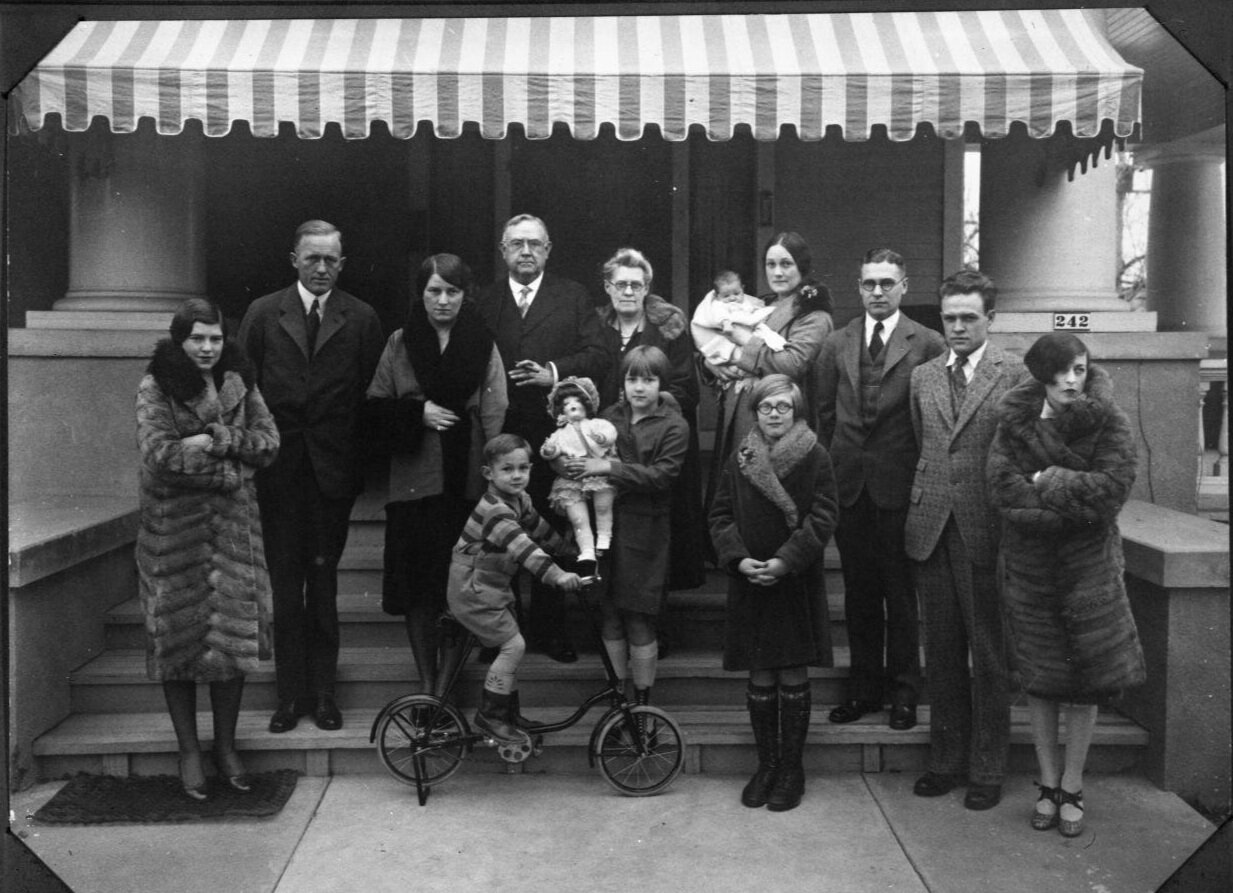