Artists have played key roles in times of war. From documenting maneuvers and battles – to illustrating equipment and use manuals – their skills have served in ways that may sometimes be overlooked.

Shooting with cameras rather than guns, photographers act as the “eyes” of the military. Whether taking motion pictures or still photographs, oftentimes serving in the thick of the action, military photographers have captured and produced scores of images for the purposes of strategy and intelligence, mapmaking, and simply to document historic moments. Here are stories of photographers serving in World War II, Korea, Vietnam, and the Persian Gulf, who helped to produce some of the most iconic images of these eras. (SOURCE: http://www.loc.gov/vets/stories/ex-war-photographers.html)

Between the wars, during the Great Depression, the American government began the Works Progress Administration (WPA) to employ Americans through civic projects – which included artists. The WPA Federal Art Project was the.. “first major attempt at government patronage of the visual arts in the United States and the most extensive and influential of the visual arts projects conceived during the Depression of the 1930s by the administration of President Franklin D. Roosevelt. It is often confused with the Department of the Treasury art programs (Treasury Section of Painting and Sculpture, Public Works of Art Project, and Treasury Relief Art Project), but, unlike the Treasury’s endeavours the Works Progress (later Projects) Administration Federal Art Project (WPA/FAP) employed artists with a wide range of experience and styles, sponsored a more varied and experimental body of art, and had a far greater influence on subsequent American movements. This was chiefly the result of the leadership of its national director, Holger Cahill, a former museum curator and expert on American folk art, who saw the potential for cultural development in what was essentially a work-relief program for artists. Cahill and his staff learned from the Public Works of Art Project of 1933–34 that any relief program faced the problem of attempting to produce art of high quality while trying to help the unemployed regardless of talent. In the fall of 1935 a range of creative, educational, research, and service projects was organized to preserve the skills of professional artists in mural, easel, sculpture, and graphic art divisions, of commercial artists in the poster and Index of American Design divisions, and of the less experienced in art education and technical jobs. The project also developed an audience by establishing more than 100 community art centres and galleries across the country in regions where art and artists were almost unknown. Cahill stated in 1936 that “The organization of the Project has proceeded on the principle that it is not the solitary genius but a sound general movement which maintains art as a vital, functioning part of any cultural scheme. Art is not a matter of rare, occasional masterpieces.” This was in direct opposition to the philosophy of the Department of the Treasury programs, which sought to commission outstanding works rather than to provide work relief.” READ MORE…

The Grace Museum collection has two works by WPA artist, Riva Helfond. Riva Helfond was born in Brooklyn, New York and lived in or near New York City for almost all of her life.  From 1936 to 1941 she worked in the New York Works Progress Administration Program creating lithographs, woodcuts, etchings, aquatints and serigraphs. She printed all of her own work. 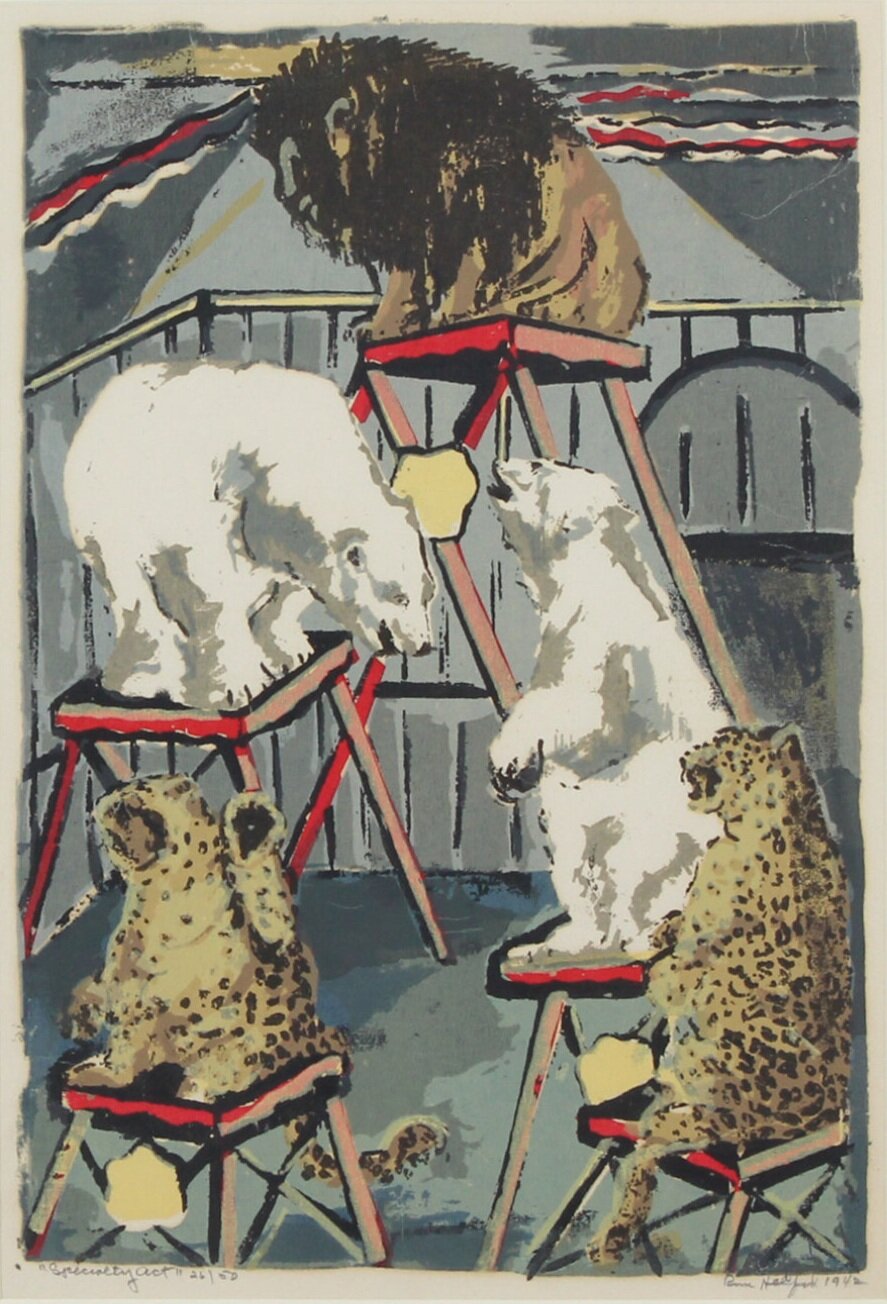 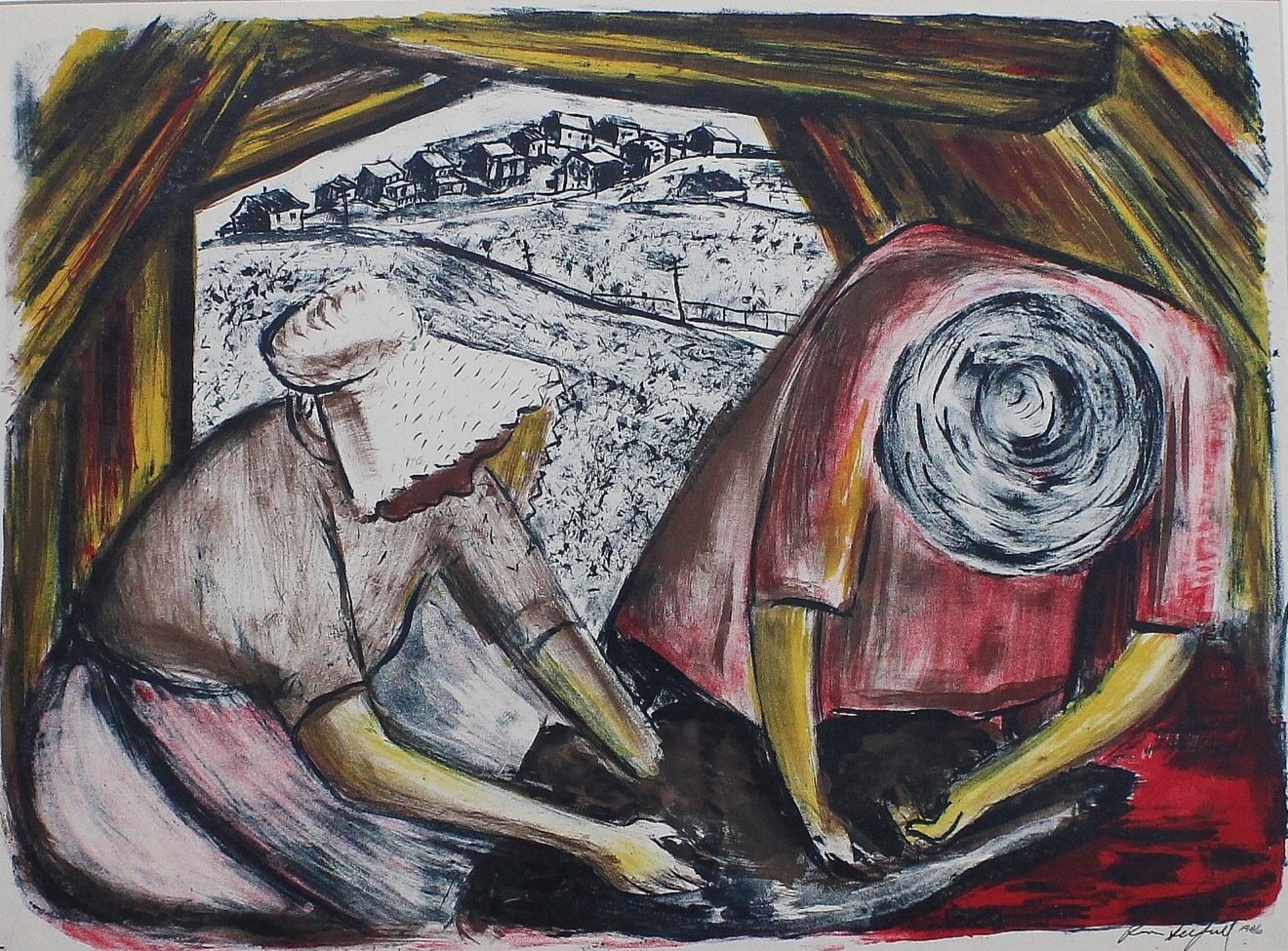